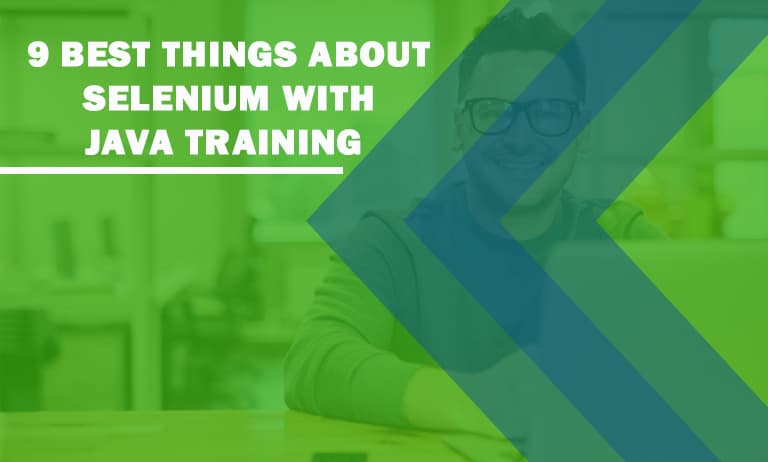 Our world is gradually shifting towards automation in every aspect of life. With this kind of development in every field, the need for testing the programs and applications is getting more focus. When it comes to automating the testing, there is no other tool that comes near to Selenium because of the numerous benefits it gives to the testers and developers. And if it combines with one of the best programming languages, then success is almost guaranteed. Java is such a programming language that is widely used by the majority of developers worldwide. The perfect combo of these two will make help to automate the test effortlessly.

Many people are looking to learn Selenium Java courses to edge over other competitors in their hunt for a job in reputed companies. Selenium is an open-source platform that is used widely by a large community to execute the automation of test scenarios on web browsers. The benefits selenium brings to the developers and testers are numerous. Well, that is an entirely different topic. Let us understand why Selenium with Java is the perfect combination to make your work easier.

Java is the most popular programming language by itself. And it is the preferred language for many developers across the world with Selenium. Due to this fact, many large enterprises also adapt Selenium with Java and enjoy the benefits.

Approximately 77% of Selenium users are performing the tasks with Java. As a result, if you encounter a big problem, you can get support from other users through the community or the Internet to eliminate the issue. It is not possible if you go with other programming languages.

Java language is in the IT industry for many years. Due to this, we can see numerous changes and improvements regularly. It is becoming strong with the abundance of ready APIs, frameworks, plugins, and vast libraries that make the testing job easier. You no need to code separately to enjoy the many features since you just need to import them to start working.

Java is a platform-independent language. It uses JVM to get this feature. That means you are free to use any Operating System environment to conduct Selenium automation testing if Java Virtual Machine is installed. Hence, Selenium Java Training is what many aspirants are looking to learn and implement on any platform.

The bugs are common in the testing phase, and if you use a complex language, the debugging process becomes a nightmare. But it is not the case with Java. The easy to understand code lets you know what is happening in each line. Hence, finding out the exact error line becomes effortless.

For many startups and organizations with less financial resources, getting a programming language with a license makes it less viable. But Java is an open-source language, and it brings many advantages for you. This is why many Selenium beginners in java find it easy to execute testing than in other languages.

Easy to learn and understand

One of the best things about Java that is it is straightforward to learn and master. Since this programming language’s syntax looks like standard English, you can easily understand what is going on in every line. On the other hand, Selenium also supports numerous programming languages; hence if you are a beginner and want to use Selenium, you can learn Java quickly and get the automation done.

The automation with the help of Java improves the overall performance of your testing. The reasons for this are plenty. As we mentioned earlier, learning and reading the syntax of Java is easy. The code looks like some set of normal English statements. Hence, even for writing a complex code, you won’t need to write pages of codes. This results in less time for writing the code and saves a lot of time and money.